The Migration Of Red Crabs.(7 Pics Plus 1 Video)

Naturalists consider a one-time annual red crab migration from the island to different places for the water throwing eggs one of the wonders of nature ... purple
scarlet rocks splashed with bright crustaceans in the shell ... It is believed that the island of over 120 million!That is, an average of crab on every square meter of the island.Literally, it is impossible to step foot in order not to crush especially during seasonal migrations, which for 10 days, millions of crustaceans move to the coast.Christmas Island for the first time saw in 1615, and in 1643 English Captain Minorz arrived here on the Day of Christmas - from the island got its name ... In 1888 Britain annexed the island at the insistence of the English naturalist Murray, who found signs of this phosphate.Since then, Christmas Island in the eastern Indian Ocean is considered a major phosphorite deposits.On the crab - not a word.While the decapod crustaceans - is one of the main attractions and the present owners of the island. They walk through roads, railway lines, towns, their pressure machines, trains, destroying the local inhabitants.They are inhabited by fifteen species.This is the giants of the land crabs - their weight reaches three kilograms.And the most numerous - the red crabs.Red crabs eat the leaves, putrescent fruit orchards, flowers outdated, does not shun the giant snails, and even bird corpses.Therefore, the island is very clean. 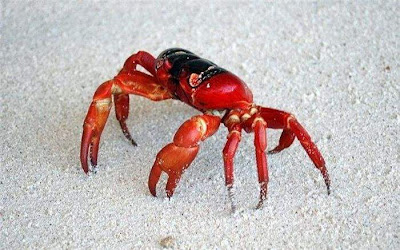 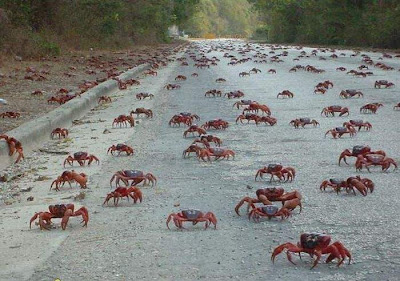 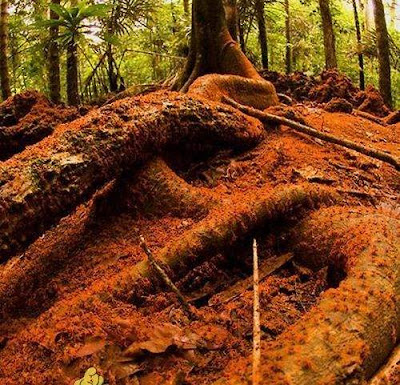 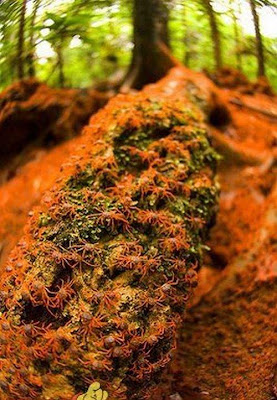 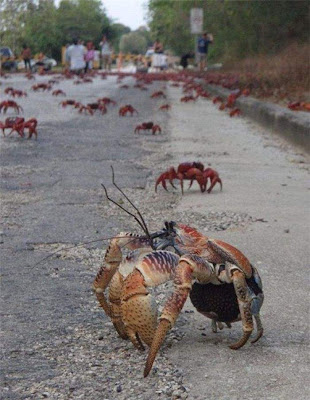 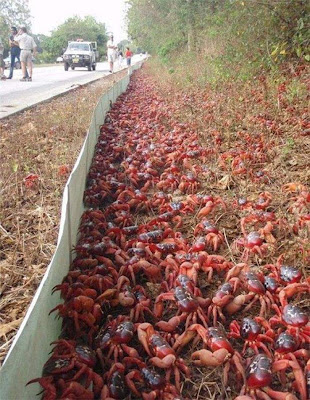