Mantodea or mantises is an order of insects which contains approximately 2,200 species in 9 families[1] worldwide in temperate and tropical habitats. Most of the species are in the family Mantidae.
Praying Mantises are exclusively predatory. Larger species have been known to prey on small lizards, frogs, birds, snakes, and even rodents. Most species are known to engage in cannibalism. The mantis then lashes out at remarkable speed. Some ground and bark species, however, pursue their prey rather quickly. Prey items are caught and held securely with grasping, spiked forelegs ("raptorial legs"); the first thoracic segment, the prothorax, is commonly elongated and flexibly articulated, allowing for greater range of movement of the front limbs while the remainder of the body remains more or less immobile. 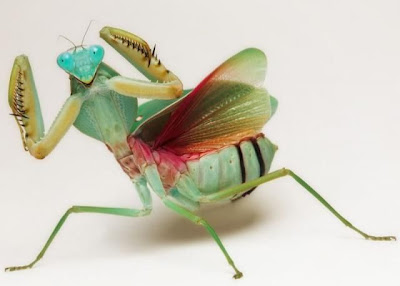 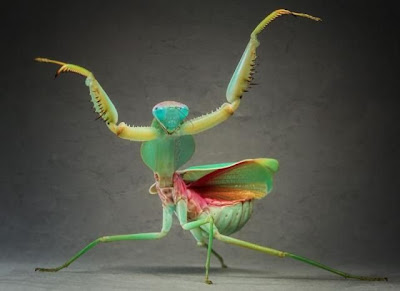 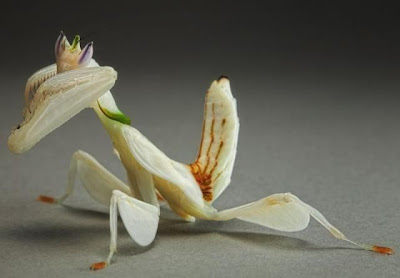 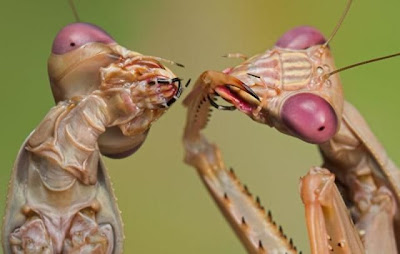 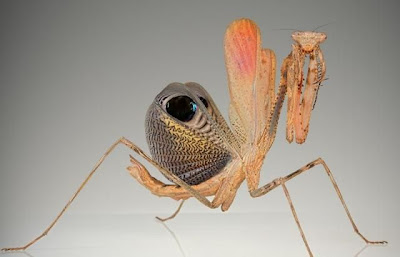 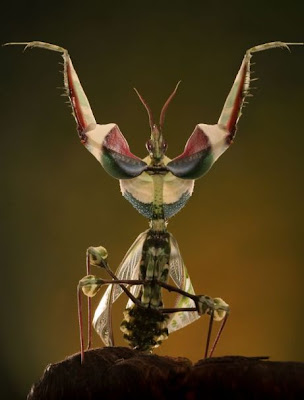 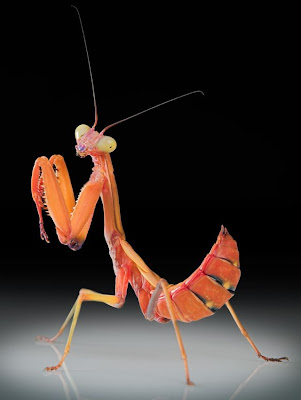 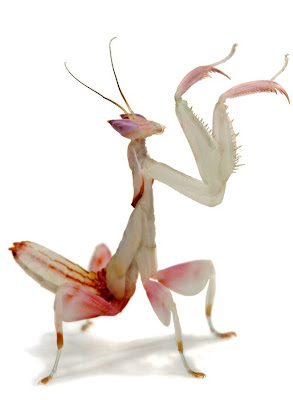 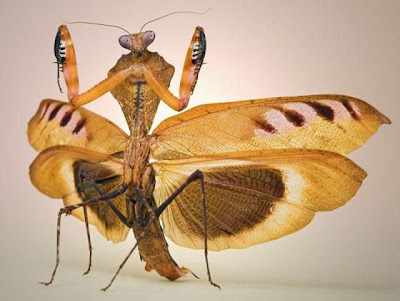 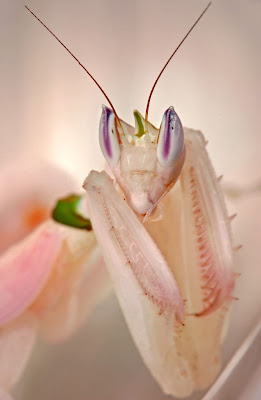 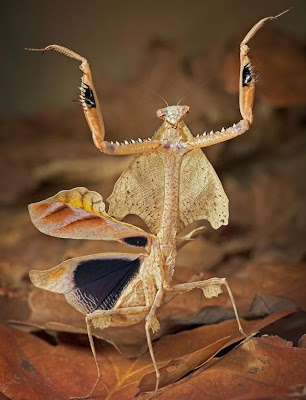 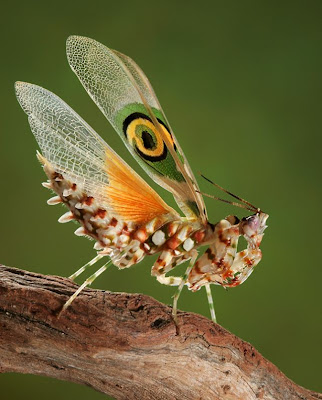 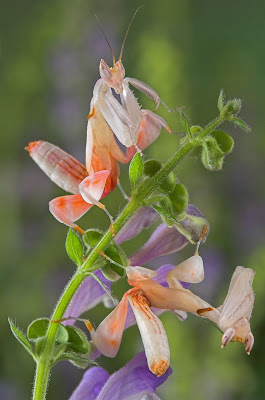 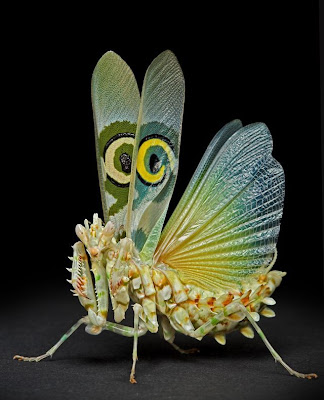