In the frantic pace of modern life, it is easy to forget our past, and the toils of the generations before us who built the world we live in.
But for those familiar with our capital city, these fascinating pictures taken when photography was in its infancy will bring back to life a London which has changed so much over the last 150 years.
They capture sweaty, mustachioed long-dead engineers working hard to bring the world's first Underground network to life; they capture the hippo who entertained Londoners and visitors alike during his 30 years' lodgings at Regent's Park; they capture long-past shops and factories; they even capture the construction of one of England's most famous monuments, Nelson's Column, back in 1844.
Further afield, there are pictures of Italy, America, Japan and Egypt, all taken more than 100 years ago.
The British Library holds 350,000 historic pictures in its vaults, and for the first time ever it is running an exhibition of these rarely seen pictures, which will open in October. 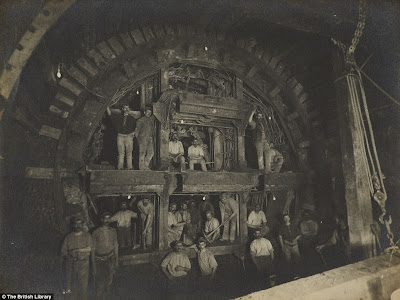 There are a million fascinating facts and figures about the London Underground, but this rarely seen photograph reminds us just what an engineering feat the construction process was. Here we see the creation of the Central Line in 1898 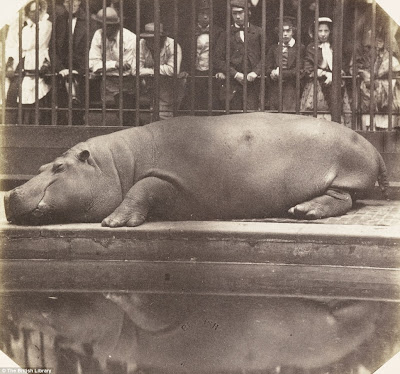 Summer days of 1852: Hippo Obaysch is spotted taking a nap in the Zoological Gardens in Regent's Park. He was donated by Egypt in 1850 in exchange for English greyhounds and deerhounds, and he lived until 1878 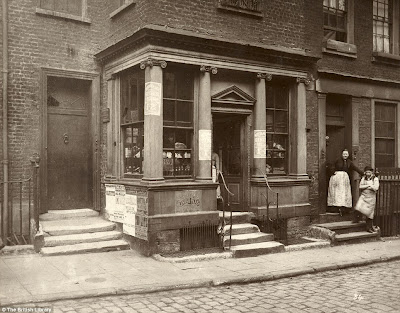 As London became more industrialised, concern grew that historic parts of London were being lost. In response, the Society for Photographing the Relics of Old London photographed places such as Henry Dixon and Son's shop in Macclesfield Street, Soho, in 1883 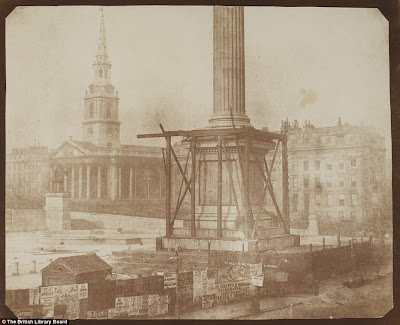 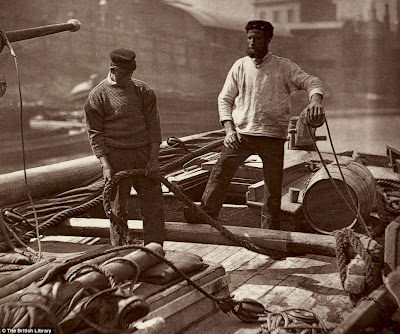 Life on the Thames, or as photographer John Thomson called it in 1876, the 'Silent Highway'. Two sailors head down the river in a barge 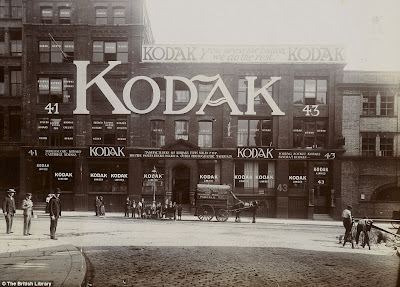 The Clerkenwell district of London was certainly worth a picture, especially if you were a fan of Kodak. It is unknown who took this picture or in what year, but from the clothing and the horse-drawn characters, it is clearly before the days of digital

The changing face of London from the air

Also revealed today were pictures of what is believed to be the first aerial survey of London - from the pages of an old family photograph album.
They were found after being kept in storage for years by Alan Richardson, a retired RAF helicopter pilot., whose grandfather Albert Richardson, an Army Fusilier who was attached to the Royal Flying Corps, is believed to have taken some of the pictures himself.
Mr Richardson, 62, said: 'They were at the back of an album which has been in my family for years. On the side of the image is where and when they were taken.
'They are very detailed and very large - I don't know how my grandfather acquired them.
'When I began thinking about the historical significance of them I began to do some research, but could not find any survey pictures of London before 1917. I was quite surprised and thought they should be archived to preserve them.
'You can see the difference in the use of the Thames, with barges and docks - it is an amazing record.' 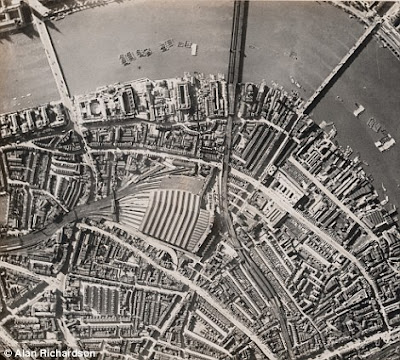 And around the world

The British Library exhibition also includes many pictures from around the world, including Japan, Italy and America. 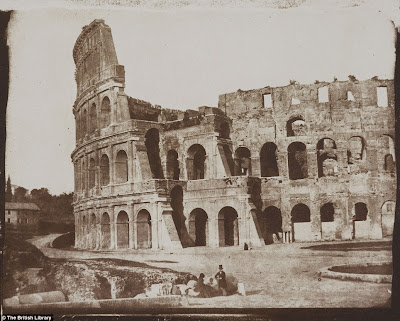 The Colosseum in Rome, now approaching 2,000 years in age, was photographed by the Rev. Calvert Richard Jones in 1846 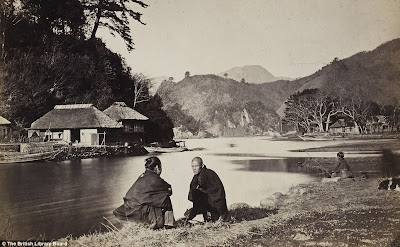 The village of Wilhelm Burger, near Yokohama, Japan, in 1869.  This photograph was taken by Wilhelm Burger, who was attached to the Austro-Hungarian diplomatic mission which travelled to the Far East to develop commercial relations 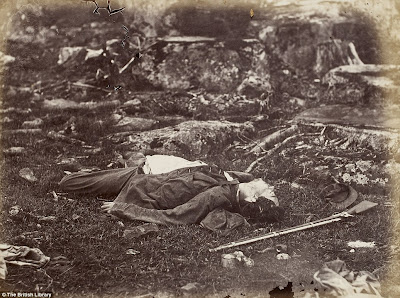 Alexander Gardner took 'A sharpshooter's last sleep', believed to be from the Battle of Gettysberg in 1863. Gardner said this was 'the blank horror and reality of war, in opposition to its pageantry' 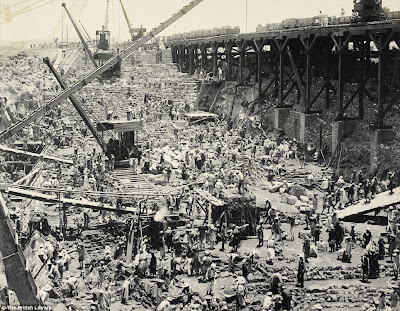 D. S. George's 'Construction of the Aswan Dam' in around 1899, is from an album of views recording the progress of the construction of one of the largest engineering schemes undertaken in Egypt in the late 19th century