Taylor Swift, Musicians
Taylor Swift, who typically sparkles at red carpet events, lost a little bit of her luster in a far from fabulous frock, flat 'do, and snooze-inducing shoes 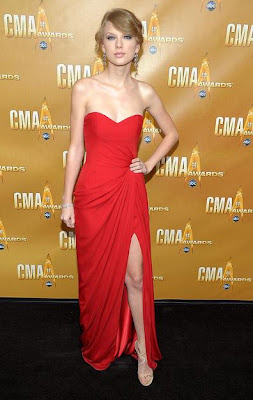 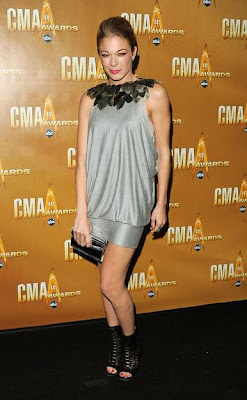 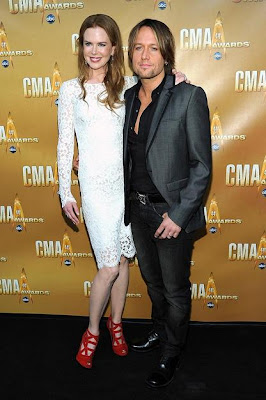 Gwyneth Paltrow, Awards Shows
Making her CMA debut, Oscar winner Gwyneth Paltrow -- who will soon be seen on the big screen in "Country Strong" -- looked flawless from the neck up, but her "Skating with the Stars"-esque dress was a dud. 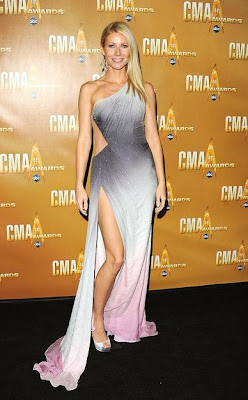 Leighton Meester, Award Shows
Gwynnie's "Country Strong" co-star Leighton Meester brought her fashion-forward sense of style from the NYC set of "Gossip Girl" to Nashville. Did she outshine the other stars in attendance? 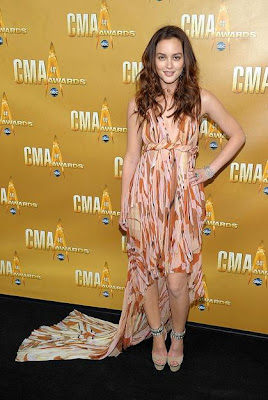 Musicians, Awards Shows
Lady Antebellum's Dave Haywood, Hillary Scott, and Charles Kelley classed up the joint in award show-worthy attire, which made them the best-dressed band of the evening. 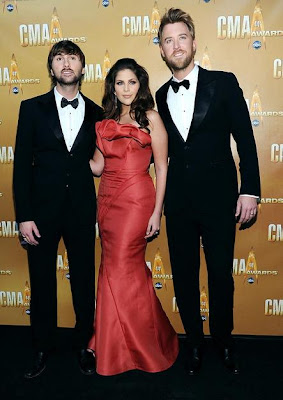 Kid Rock, Musicians
Kid Rock never gets gussied up, so it's no surprise that he showed up for the CMAs in a painfully casual Jim Beam tee and festive bootcut jeans. 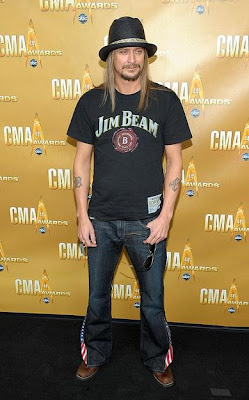 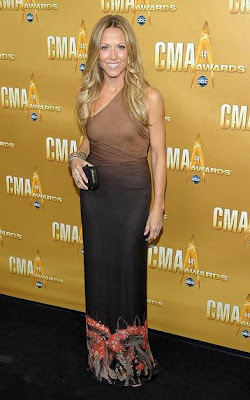 Miranda Lambert, Blake Shelton
Country couple Miranda Lambert and Blake Shelton -- who were both nominated for multiple awards -- played it safe on the red carpet in looks that failed to impress. Luckily the talented twosome wasn't the worst-dressed duo of the night. 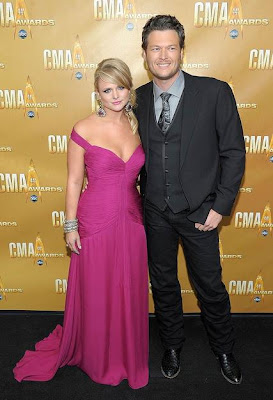 Kellie Pickler, Musicians
Another singer who went glam was Kellie Pickler, who made the mistake of pairing her paillette-covered dress with Farrah Fawcett-like locks and pale-pink makeup, resulting in an age-inappropriate look for the 24-year-old. 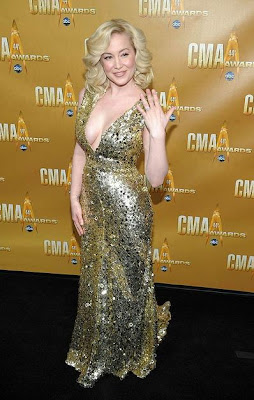 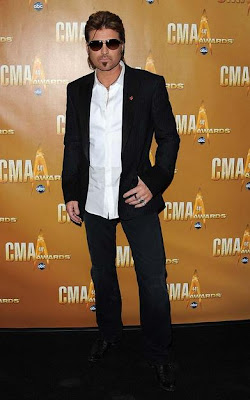 Julianne Hough, Musicians
Julianne Hough -- who recently went from blonde to brunette -- walked the red carpet in a tattered, trash bag-like gown, which resembled one of her chintzy "Dancing With the Stars" costumes. 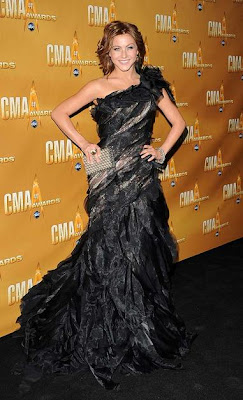 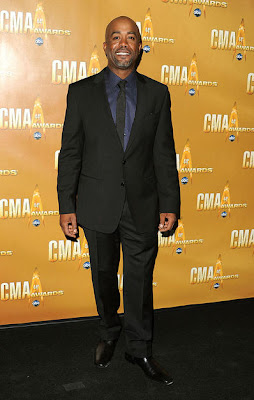 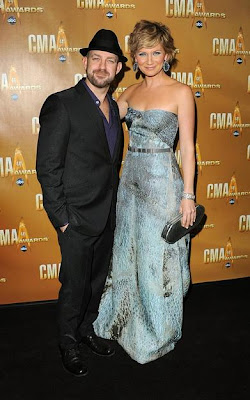 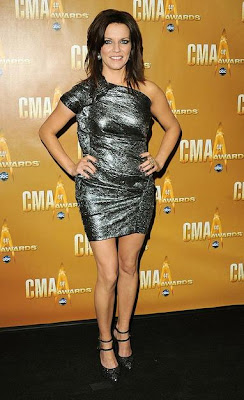 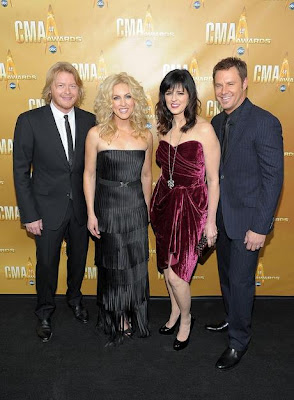 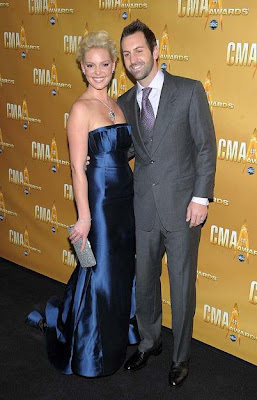 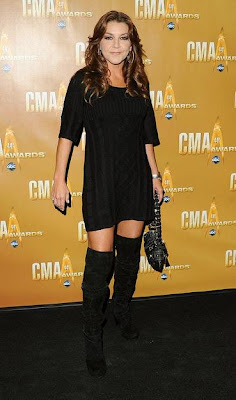 Luke Bryan, Musicians
New Artist of the Year nominee Luke Bryan, whose best known for his hit "Rain Is a Good Thing," donned an all black ensemble, while his wife Caroline looked like a cast member of "The Real Housewives of Orange County" in her plunging gown, deep tan, and dyed 'do. 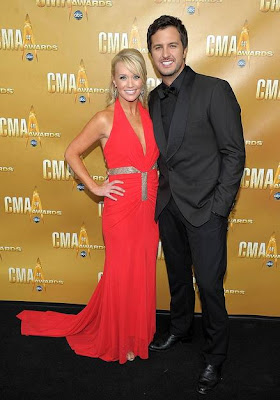 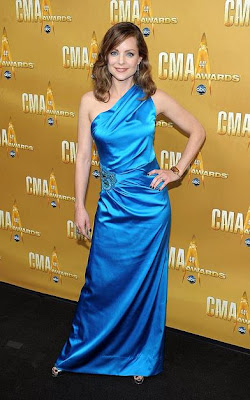 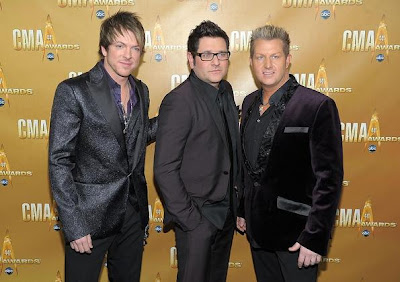 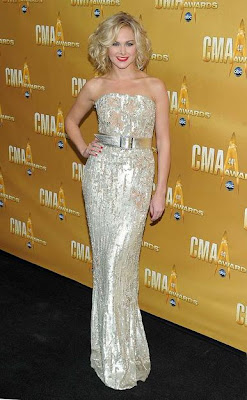 Jake Owen, Musicians
"Tell Me" crooner Jake Owen was business on the top and party on the bottom in his disjointed getup. 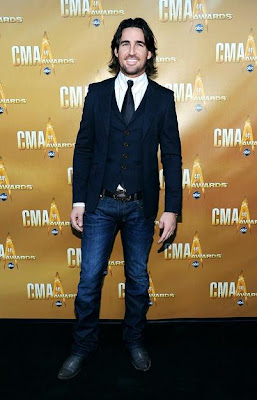 Sara Evans, Musicians
Sara Evans -- who won her first CMA trophy in 2001 -- kept her cute physique under cover in a mini muumuu, which allowed her to showcase her orange-tinted gams. 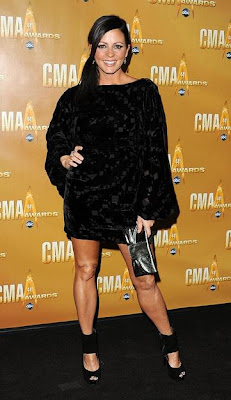 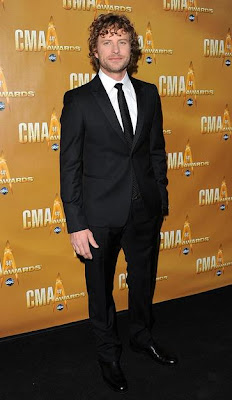 Carrie Underwood, Award Shows
CMA hostess with the mostest Carrie Underwood, who donned a number of ensembles throughout the evening, started things off on the wrong foot thanks to her steel gray eyesore, which featured multiple tiers and a bizarre rosette. 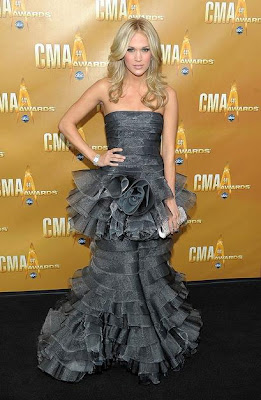