Day of the Dead in Los Angeles

It has been several days since, as in many countries around the world has died down ominously cheerful Halloween. And right after him in Mexico and other places where live the Mexican community, began the Day of the Dead "Día de los Muertos". Mexican saint's death, woman of fashion, which plays an important role in the culture of this North American country ruled by this strangely joyous feast of the dead, which falls on November 1 and 2. These days people remember deceased friends and relatives, prepare unusual sweets, like sugar skulls, dress up in colorful costumes on the theme of death and so on.
Residents of Los Angeles celebrated the Day of the Dead process and the establishment of altars on the graves of their deceased relatives. Hundreds of people came to the grand procession on Olvera Street. And at the Hollywood cemetery relatives have created altars for their loved ones and even some celebrities. 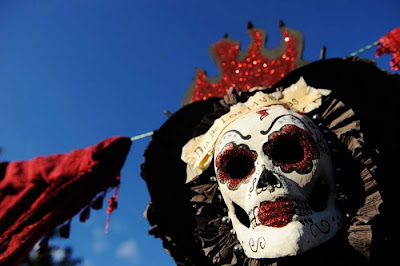 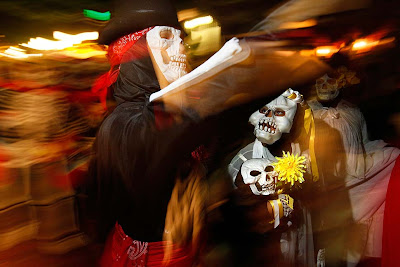 1. Procession of the nine nights on the street is Novenario Mexican market Olvera. That evening, hundreds gathered here costumed characters. 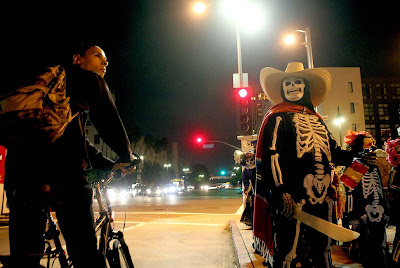 2. The cyclist stopped to look at the procession. 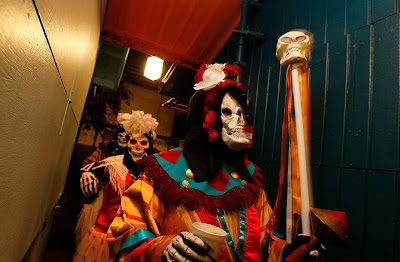 3. At the end of the march participants of the procession were sweet buns and coffee. 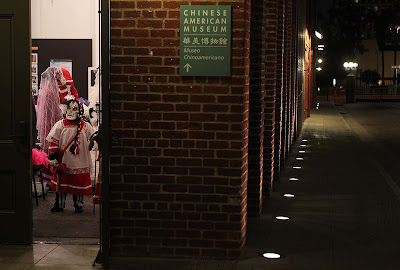 4. The girl in the wardrobe is preparing for the procession. 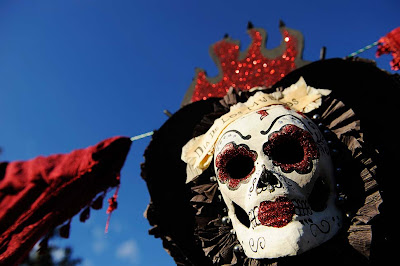 5. The mask is hanging over one of the altars at the 11th annual celebration of Day of the Dead at the cemetery «Hollywood Forever». 6. Leticia Salazar (left) and Maria Ledezma pose at the altar. 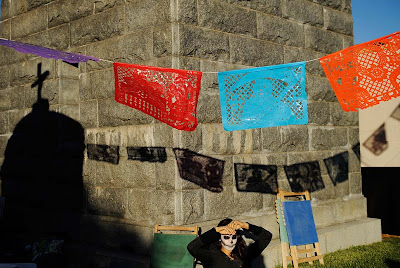 7. The shadows of the jewels Annushka Hardenne dancing on the wall of the crypt. 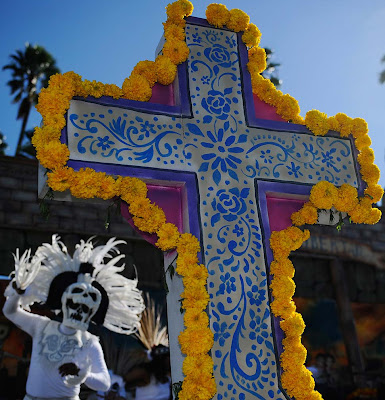 8. Aztec ritual blessing for the main stage during the celebration of the Dead. 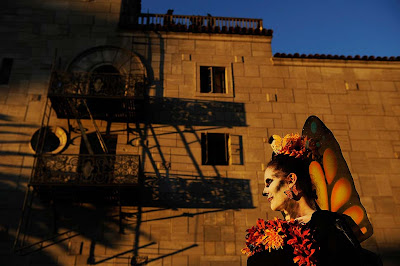 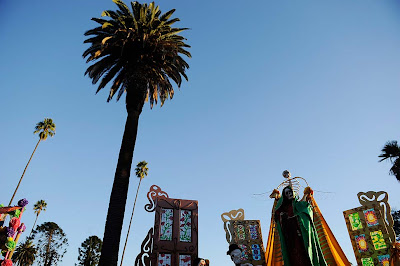 10. Altar in memory of the deceased into the sunset. 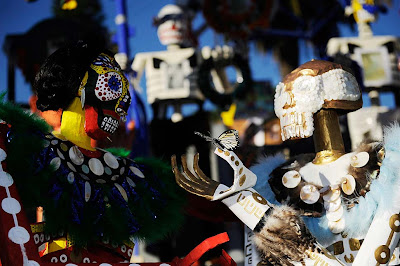 11. Joanna Akilar made this beautiful altar made of papier-mache in memory of his grandmother Elvira Delgado. 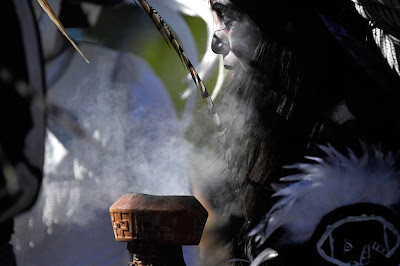 12. Participant in the process of "cleanse" himself in front of the procession to the cemetery «Hollywood Forever». 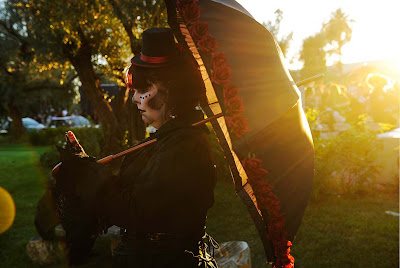 13. Debbie Rankin dresses for the occasion. Several years before that Rankin did not take part in the procession, but this year decided to try.