Funny Birthday cake in the style of Pac-Man 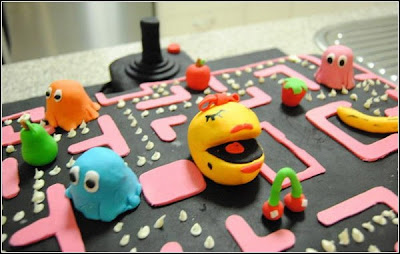 Each of us has our own heroes, and their preferences. From them and it depends many moments of our lives. For example, holidays. People with no imagination and no hobbies to buy a cake with banal sad roses and other older styles. But enthusiastic people can order yourself something original. For example, a cake in the style of the legendary computer game Pac-Man. 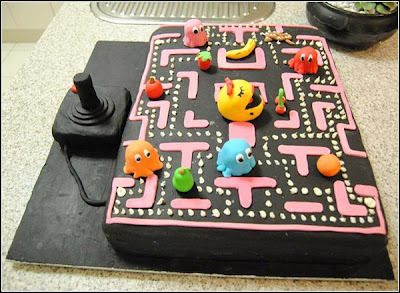 There is the world's vast number of people who can be called hobbies. That's right, with a capital letter. A special category of people called "geek". Geeks are passionate about technology in all their manifestations: computers, science fiction, comics, video games and other elements of modern technology of mass culture. 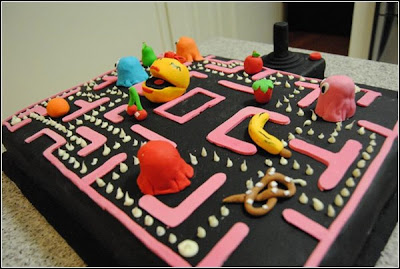 For them, this mass culture is an integral part of life, its core. It is these people arrange a wedding in the style of "Star Wars" Comic-laws are visiting for hours arguing about what is steeper: Spock, or Han Solo and bought cakes for the holidays as a communicator iPhone or playing Pac-Man.That's just a cake, a cake in the form of the game Ms. Pac-Man (female version of Pac-Man) and ordered a gift for his girlfriend (apparently she is also representative of the subculture of geeks). 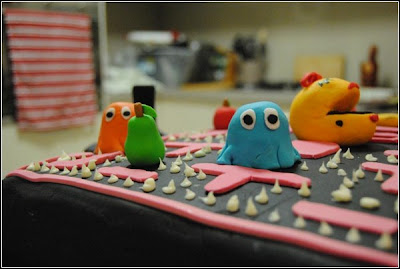 On the cake shows Ms. Pac-Man, the heroine of the same game, which hunts for the fruit and run away from ghosts. In general, everything in the game, only in cream form.What is particularly surprising and captivating at the same time, so that's what the schedule for this cake looks much better than the graphics in the same game.A particularly cute looks joystick for the Atari 2600 game console, for which the intended game Pac-Man during its launch in 1979. 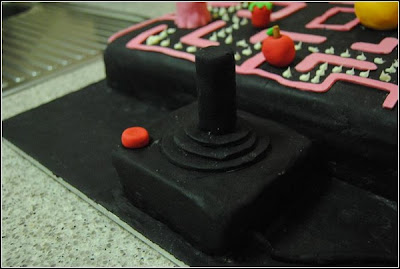 This cake has confirmed once again undying popularity of the game Pac-Man, which is neither more nor less than 31 years. Hardly any of the modern computer games be awarded such an honor - to become the blueprint for the cake.