At all times it was believed that the most important ornaments of the city are the architecture, clean streets and beautiful monuments. Not some socialist or communist, came into vogue during the Soviet era, and unusual, kind, possibly Funny monuments, which illumine a smile of people and visitors will be proud of the local population. It was such a monument, located around the world, and the subject of our today's article.

Monuments in Ukraine. The largest number of unusual monuments in Ukraine is in the southern city of Berdyansk. Here you can see such as: plumbing monument Micah, Bychkov-breadwinner, as well as a monument to the collecting Colorado beetles villagers. More recently, there opened another monument - Toad-strangler women. 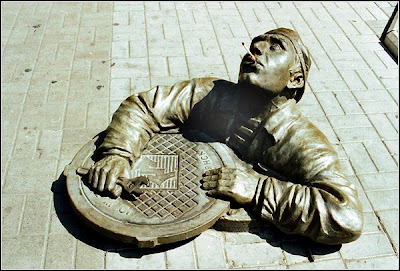 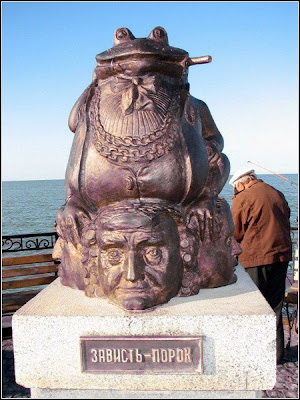 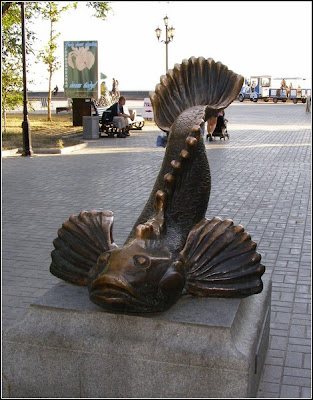 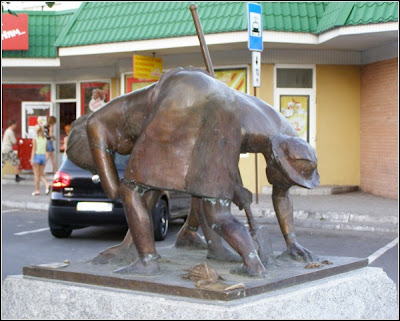 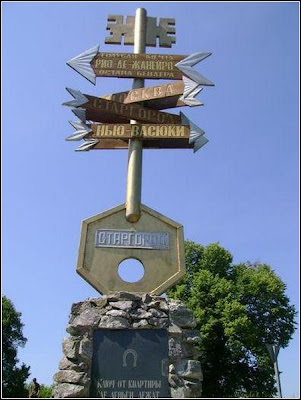 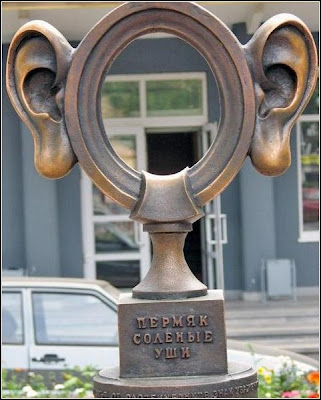 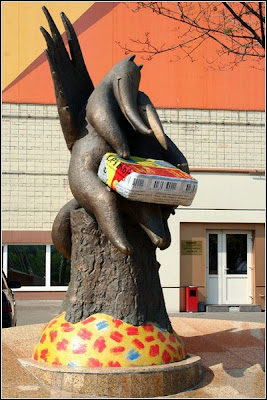 Monument to processed cheese. In 2005 in Moscow, a monument was unveiled cheese "Druzhba", which it is located right near the main entrance of the plant at Carat, which is engaged in, you guessed it, processed cheeses. 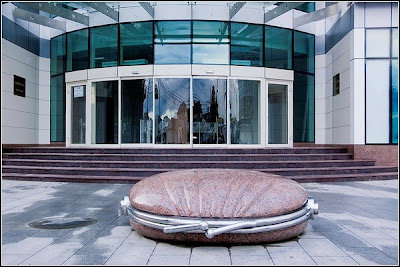 Monument to the purse with the money. In Krasnodar, in the central square, you can see cute monument in the form koshelechka. 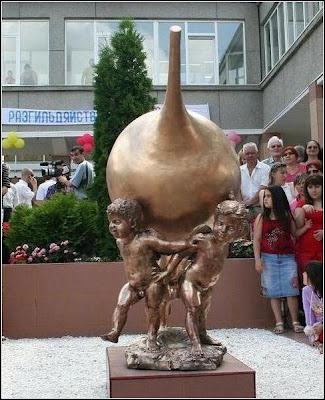 Monument to enema. If any of you will gather to relax in the sanatorium "Mashuk-Aquatherm" what is in the resort town of Zheleznovodsk, he sees a unique polutorametrovy enema statue, which weighs about a ton. 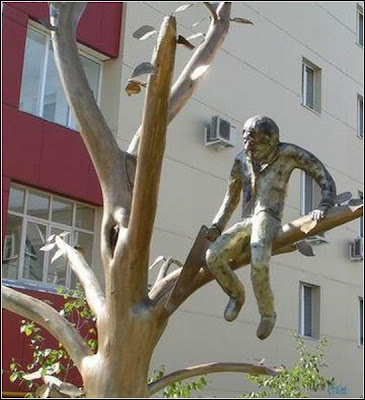 "Do not cut the branch on which you sit," - such an unusual monument is located in Yakutsk. 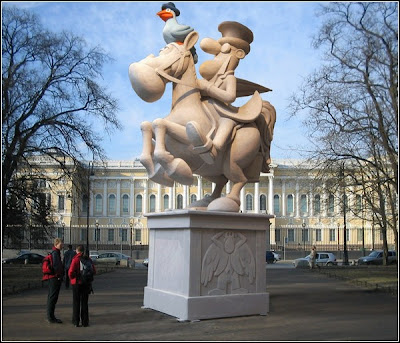 Animated the monument, almost unique in the world, located in the heart of St. Petersburg (near the monument to Pushkin), was presented to the city by Italian sculptor, based on sketches of the famous artist Dzhakovitti. 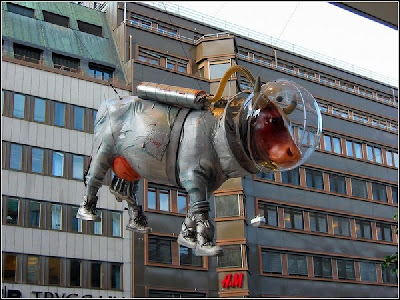 "Cow in the suit" in the capital of Sweden - Stockholm 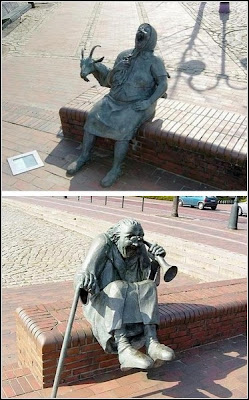 A good example of how positive emotions can give people a gay monument. Such "Lavochki laughter are a sales area of Flensburg (Germany). 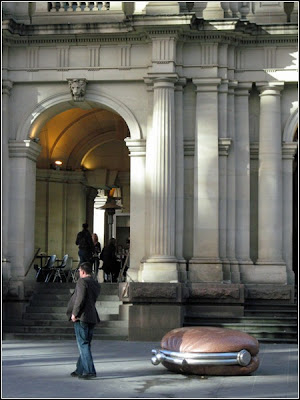 This is not Krasnodar, is very similar to his monument Purses, located in Melbourne (Australia). What is true, then it is about the former city post office, now a trade center with expensive shops. 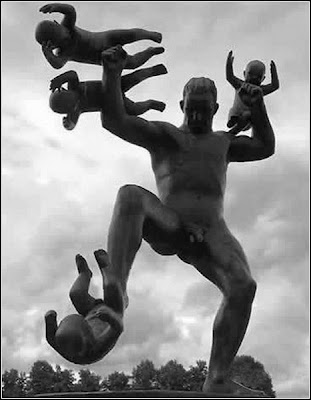 Monument of man with children. Very weird monument, located in Oslo. It is not known what they wanted to convey its authors, but a feeling that shows child abuse, namely, the man with the power of kicking against children. 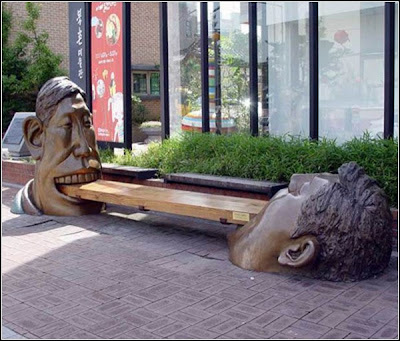 Shop in the capital of the Republic of Korea - Seoul, is a monument dedicated to dentists. 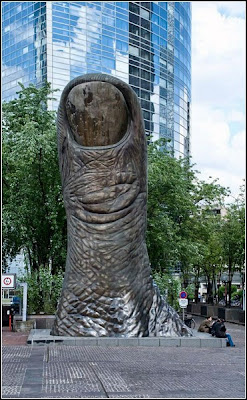 Monument thumb. A huge 12-foot bronze finger, weighing 18 tons, located in the suburbs of Paris, who assured the people that all is well! After all, that means the big toe, raised up, for sure, everyone knows. 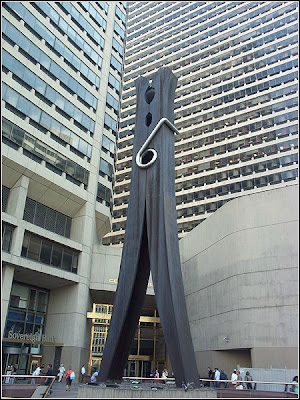 Monument thumb. A huge 12-meter BrPamyatnik clothespins. 15-meter "clothes pin" is located in Philadelphia, USA. In the legend, we are talking about a rich man who made the capital in their production and subsequently construct the monument. But the reality is much simpler and is an innocent joke sculptor Claus Oldenburg, who in 1976, embellished the city that's so gay monument. 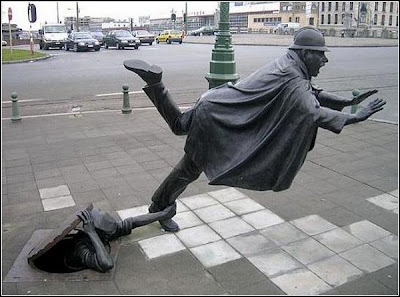 And this is another gay monument - "The joke of the police", located in Brussels, Belgium.