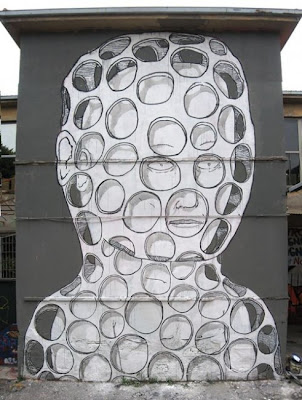 Bologna Italy
Black and white graffiti art is not the sort of thing that you expect to see when roaming the streets, but one artist, based in Bologna, Italy, has made this stark imagery his own Blu creates monsters and figures on a grand scale, often including disturbing scenes scenes. Often looking more like cartoon creatures or those from Greek mythology, his images are both strong and memorable.

Banana Man Nicaragua
Drawing is a huge part of  his work, making use of only a limited palette, the virtue of which is that his fascination with line and form gets to be highlighted quite graphically. He was very much a graffiti junkie in the beginning, especially fond of creating illegal public artworks.  Thus his style is quite individual and unique, based on his personal figurative way of working. 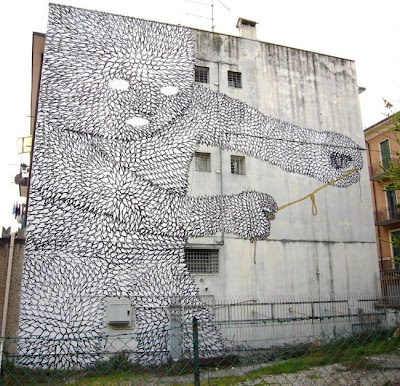 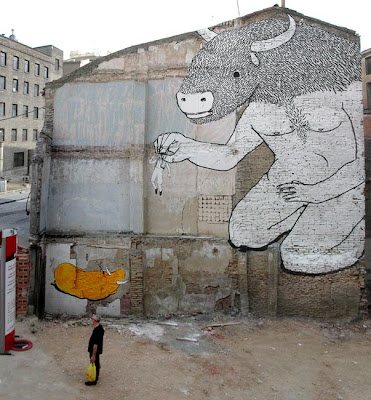 Zaragoza, Spain
When Blu gets started on an actual project, the tools he uses are those of just about every other artist, namely black and white paints, brushes and rollers, as well as long sticks that may act as supports when he works on larger surfaces. Buildings are viewed by this artist simply as the medium on which he sketches, and because of their imposing sizes, his works can often seem too big for the buildings on which they feature.  It is surely this incredible ability of Blu to doodle in such a massive way that makes his projects seem so imbued with vitality. 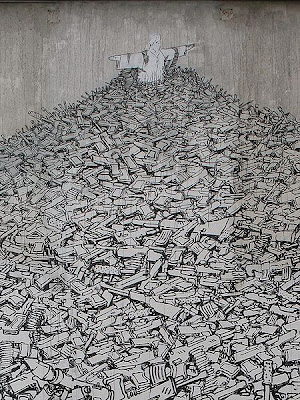 Corcovado, Brazil
His native Italy is home to many magnificent frescoes, from which Blu draws inspiration, though he admits to being equally influenced by the art of comic-book illustrators like Robert Grave, or that of underground artists. Gordon Matta-Clark and his sculptural architecture also play a part, but as he says “I just use my paint to fill in the drawing.” 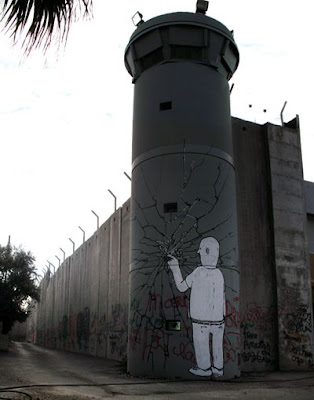 Bethlehem, Israel
The language adopted by this amazing artist to describe his work is strictly based on the drawings from which it originated. Comics and cartoons, and urban graffiti all contribute in their own way to the completed works, the ideas for which remain on paper once the mural has disappeared or faded, when it has been taken down, covered or destroyed together with its supporting frame. 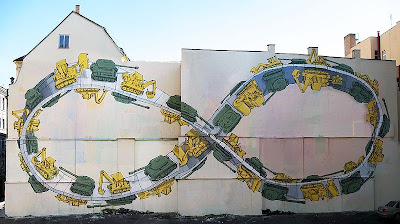 Prague, Checkoslovakia
Inspiration stems from a need of creating that is otherwise stifled by domestic walls, from the sheer pleasure of transforming ordinary and decaying places, showing how creativity may redevelop from urban degradation. This man conveys a powerful message to us all that our environment is what we choose to make it, and does so to stunning effect. Blu is definitely here for the long haul, and everything he does will be well worth waiting for.

Milan, Italy 2009
That his work is now seen and admired all around the world is only fitting, for the real depth of his artistry is in the layered meanings that can be interpreted in so many ways. He is, to some extent, a pioneer of social conscience, making us all look harder at the world in which we live.  A truly gifted artist, without a shadow of a doubt, and someone who will long be remembered. 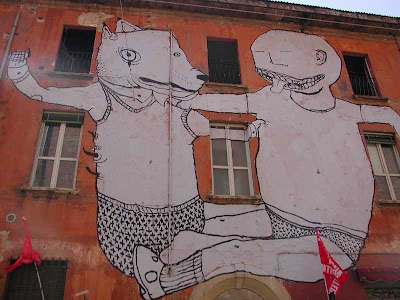 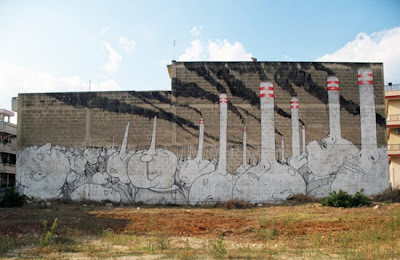 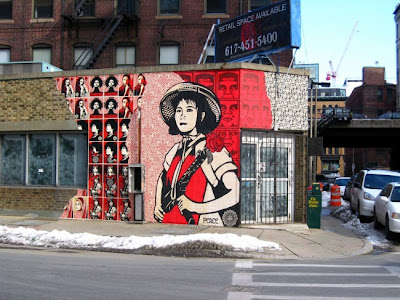 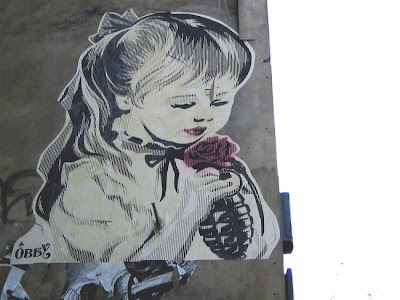 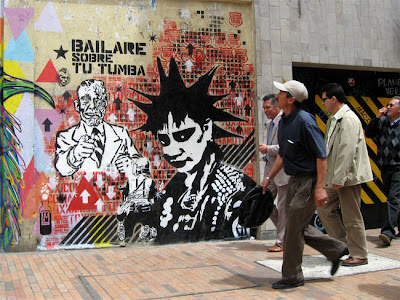 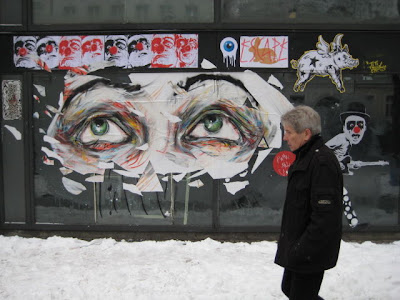 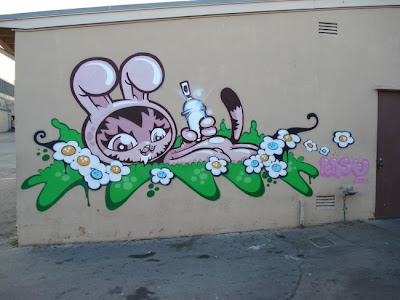 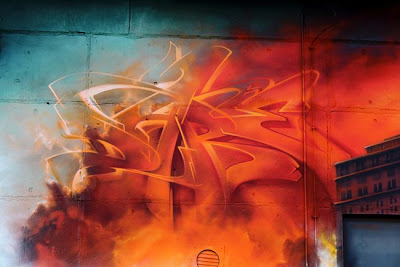 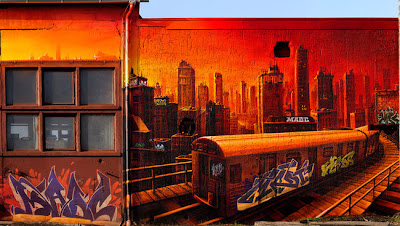