Her painting seems to portray not just a place, but the spirit of place. An art of intense sensitivity, which, although simple, impressionistic brushwork makes his rank among the finest portrayals of the eternal city of lights. 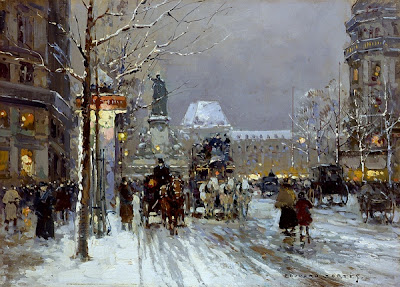 "We'll always have Paris. "
The memorable phrase of the classic Casablanca (USA, 1942) refers to me, besides the film, also frames for Edouard Leon Cortes. What would Paris blunt? What would Paris without cuts? What would art uncut and Paris? Among countless names that always made the city a bastion of all aspects of art, is that of Edouard Leon Cortes. Post-Impressionist, was called "the poet Parisian painting"- alluding to his prowess such urban landscapes of Paris.
The Passion of the Court by the city was exceptional, taking his talent to meet not only the monuments, people and movements, but also the very soul of Paris. The paintings of Edouard are among the most famous and significant references in the French capital of all time.

The painter was born in the suburbs of Paris in April 1882. Still young, he learned painting from his father, who was also a painter. He went to Paris to study and has exhibited his 16 years with the first screen, the Society of French Artists, entitled "Le Labour" which was very well received by critics and public. This is highlighted as one of the most promising artists of the time. The painter stood out, in fact, and over time many works exhibited in major cultural events and exhibitions in the city. He received several awards and was recognized for his extraordinary talent with the brush. 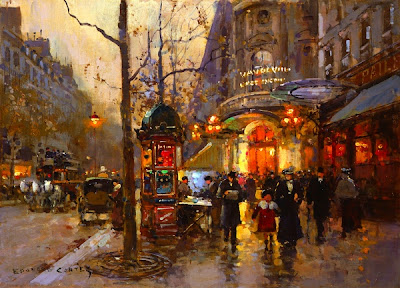 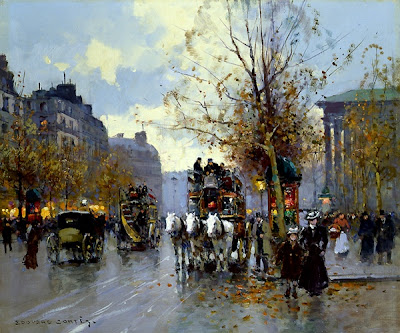 Omnibus Paris on the Place de la Madeleine
He, however, focused not on expressions or bohemian, as did Toulouse-Lautrec, the same artistic school. The Art of Edouard was more serene, even violently significant. For him, it was important to capture the streets, the colors, the Parisian spirit. It was the Paris of every day of your eyes.

He wore infinite variations to identify the tones and colors of the changing seasons and weather. His work has never had a sophisticated style. His technique was simple, but unmistakable. His stroke seems to come at random, with carefree setting. Édouard because I feel like that made her work so as spontaneous as a violinist who closes his eyes and touches the chords that come to your mind and heart. 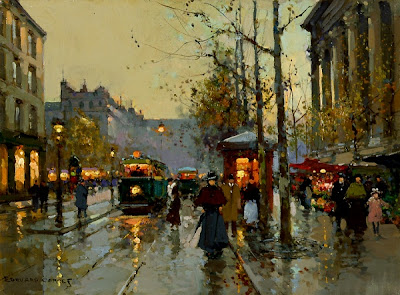 Flower Market at the Madeleine

The paintings of Edouard are capable of leaving us in a state of suspension. Transport us to Paris itself through its uneasy colors, as if they were dancing for us. Watching your pictures is to look at a scene through a window with raindrops dripping through it. His work appears to be alive before our eyes.

Edouard moved back to Lagny, community where he was born and lived the rest of his life. But never stopped going to Paris for inspiration whenever I could. He died in 1969.

Court gave us his Paris, and poetic live in a colorful palette and passionate. If one day I can say "Paris forever", it is because of Edouard Leon Cortes. 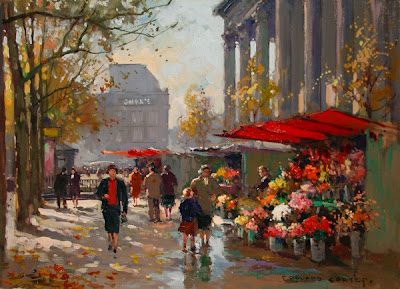 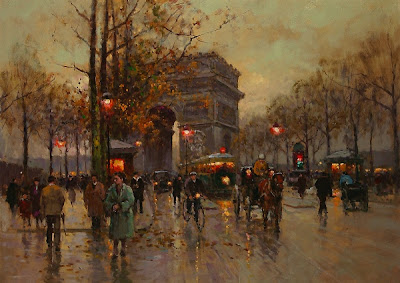 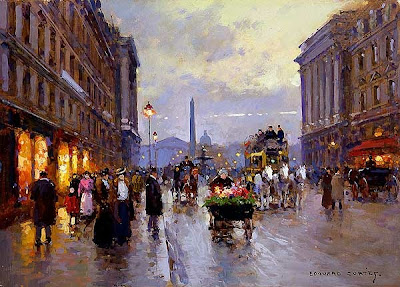 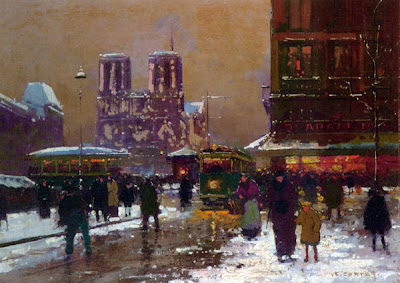 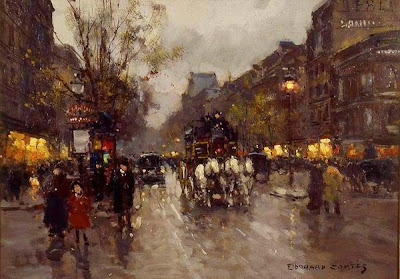 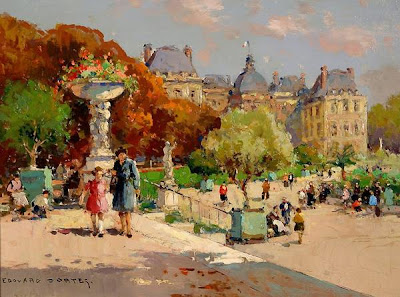 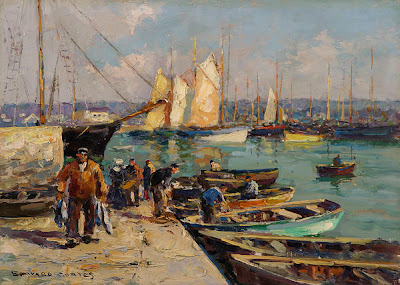