Racking Up the New Year 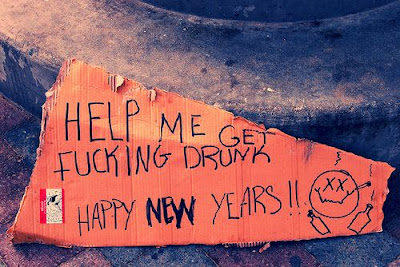 I realize it has been quite some time since the Brommunity has heard from me. The Bro Boy has been stuck in a daily grind that has been very un-Bro since he moved to New York and got a “real job.” Not to worry, however, because I’ve been sticking it to the man as much as I can. For instance, while I should be calling clients right now I’m sitting at my cubicle and writing a long-overdue story for the ’Bible. I guess it has taken me a few months to get back that college spirit that I epitomized not long ago.
But I digress. New Years is approaching and I am pretty goddamn excited.
Now that I’m working my ass off and earning a meager paycheck, short vacations like Christmas and New Year’s are depressingly exciting. For all you fucks that have a five-week winter break like my younger brother who has foolishly decided to take his talents to Canton, New York…. well, keep living the dream.
Again, I’m off topic. What was I saying — something about New Year’s? Ah, yes, New Year’s. I’m especially excited for this New Year’s because I will be getting out of this jungle and heading to my home in the North Country. That’s Vermont for you lay people out there. I’ll be meeting up with a few old college Bros and doing a tour of the local watering holes on New Year’s Eve. While that doesn’t sound like the most exciting thing you’ve ever done, I’ve realized that when you grow up you start to appreciate all types of chaying — even if it’s low key and just four dudes blacking out on my pops’ gold card. (Thanks for taking the hit again, pops).
New Year’s is just another excuse for my post-graduate ass to get out and make an absolute idiot out of myself without my girlfriend, my parents, or my landlord telling me that I’ve had too much to drink again and that I need to stop pissing in the flowerbed outside the apartment building. Well, joke’s on them, because it’s December and those flowers have been dead for months.