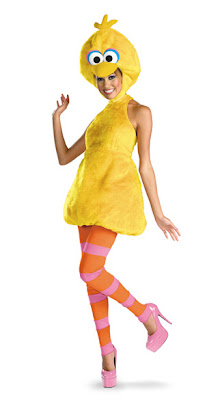 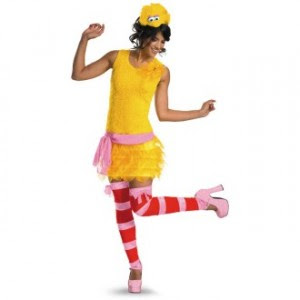 First of all, we really love how these costumes look less like like “sexy Big Bird” and more like Big Bird is chomping on their heads. Secondly, we really love how the desire of the Children’s Television Workshop to educate children goes so far they’re willing to cater to some really disturbing fantasies.
#9) Sexy Jason Voorhees

You know, we’re really not sure what misses the point more: trying to make a lumbering, mindless homicide machine sexy, or going against precisely the message the movies, in their clumsy, exploitative way, were trying to send in the first place.
#8) Sexy Spongebob 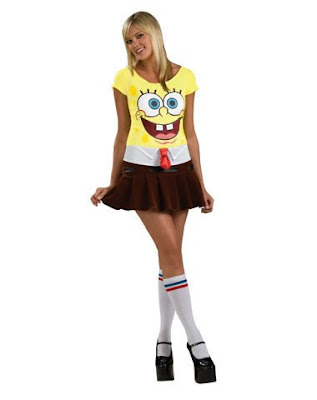 Look, we like Spongebob. We really do. We also like women in short skirts. And we’d be willing to give the costume makers of America at least this one if for no other reason than Spongebob is obviously aimed at adults. Yes, even ones who aren’t stoned.
On the other hand, let’s not make any bones about it: Spongebob is a weirdo. Spongebob ran on David Hasselhoff and giggled. So it’s weird, guys. Seriously. It’s just weird.
#7) Tequila Girl Costume 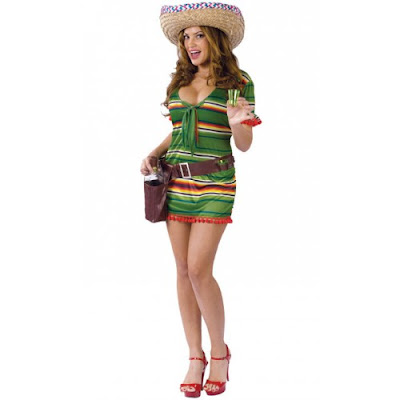 You know, whenever we make a list of stupid products, no matter what it is, we silently pray we have advanced far enough in our society to not make stupid racist costumes. And we’re always wrong. This is why we drink gin.
#6) Sexy Elmo 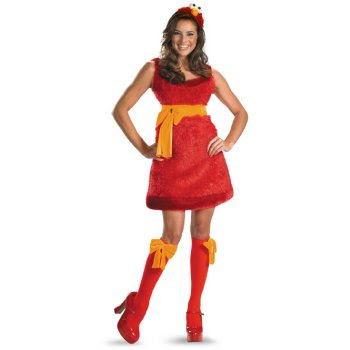 How is dressing up like a character who happens to be a toddler sexy again? On any planet? Aside from Planet Crusty Trenchcoat.
#5) Sexy Freddy Kreuger 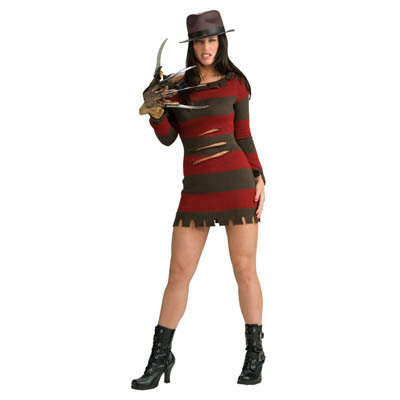 You thought we were done with the “sexy homicidal maniac” costumes? You thought wrong! You thought really, really wrong.
#4) Sexy Girl Scout 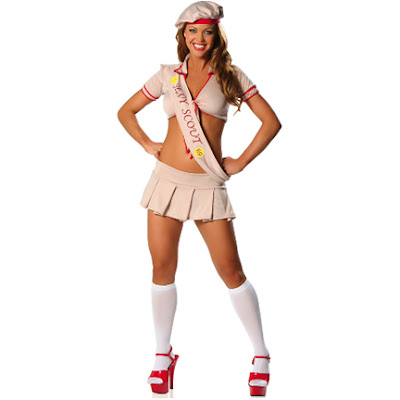 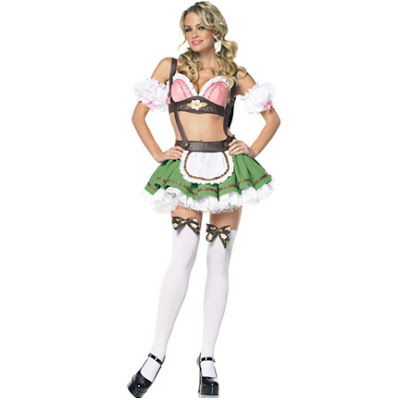 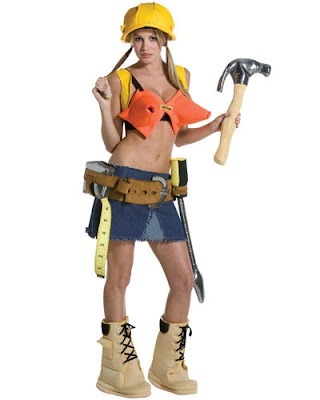 This one pulls the number two spot for several reasons: first off, that traffic cone bra. Secondly, the fact that it consists almost entirely of things that can be found more cheaply elsewhere. Thirdly, the fact that it’s all made out of what appears to be second-rate stuffed animals. Seriously? People can’t go to Dollar Mart and buy a screwdriver? We did it just today, because we were bored.
#1) Anna Rexia 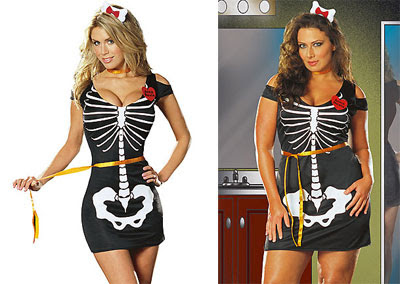 Ha ha, it’s funny because it’s a costume! Of a horrible eating disorder! Inflicted on millions by a society that sexualizes everything!
I mean, come on, costume makers of America. We know you have no grasp of humor. We know you have no grasp of taste. But really? Really?! This is why we stay home with a case of Wild Irish Rose and a bunch of horror movies every Halloween. We don’t need a holiday to confirm people suck; we already have ample evidence.