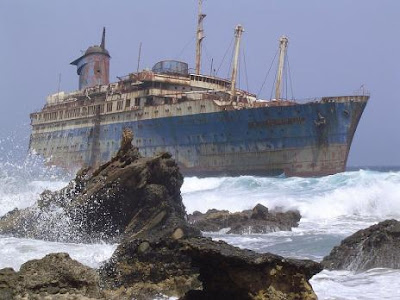 There is a romantic element to the disaster of a shipwreck that is associated with no other form of transport. It may be that the ethos of 'women and children first' – established by the brave men of the HMS Birkenhead in 1852 – who, realizing that there were too few lifeboats for everybody, sacrificed themselves to save the most vulnerable. 460 heroes died that day, but this was a small number in maritime history. What's more, while RMS Titanic may be the most notorious shipwreck on record, but it is by no means the worst.
10. SS Eastland 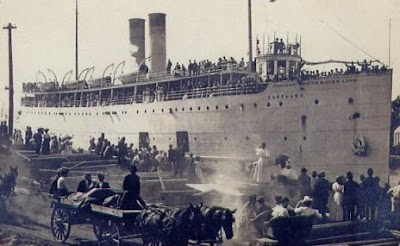 SS Eastland was a passenger ship based in Chicago. In 1915 the vessel was chartered for a works outing to Michigan City, Indiana. Filled to capacity, the ship suddenly turned turtle in just 20 feet of water, apparently after a majority of the more than 2,700 passengers had assembled on one side. Part of the blame had to be new safety legislation, as the vessel was slightly top-heavy following the fitting of additional lifeboats to meet the new rules. As the ship rolled, hundreds became trapped or crushed by heavy furniture moving around inside the public areas and 845 poor people died.
9. MS Estonia 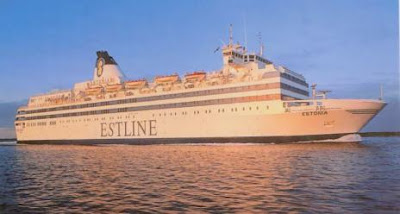 This ferry was in its sixteenth year of use when things went disastrously wrong on a crossing of the Baltic sea in 1994. It transpired that the massive bow doors of the ship had not been closed properly so that it had been shipping water from the time it left port. As more poured into the ship, it began to list. Evacuation orders were issued just as the list to starboard steepened dramatically. Loss of power stopped the crew from making meaningful broadcasts for help. Of the 989 passengers and crew, 852 lost their lives.
8. MV Wilhelm Gustloff 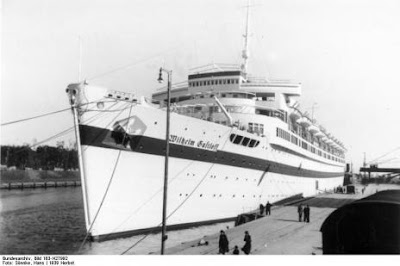 This disastrous sinking is almost unknown to most people, possibly because it happened in wartime. The MV Wilhelm Gustloff sank in January 1945, having been torpedoed by a Soviet S-13 submarine. A former hospital ship, it had been refitted as a floating barracks for German Kriegsmarine personnel stationed near Gdansk. During its final voyage evacuating civilians and troops – who would almost certainly otherwise have been captured by the Red Army – the ship was hit by three Russian torpedoes and sank in less than 45 minutes. Around 1,000 men died.
7. RMS Empress of Ireland 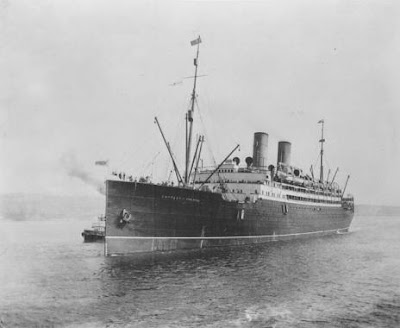 The Empress was an ocean liner built on the Clyde in Scotland in 1906. She left Quebec City in 1914, bound for Liverpool and carrying almost 1,500 people in total. On the next day, this unfortunate vessel was hit by a Norwegian ship laden with coal. The liner was so badly damaged that she rolled over to sink in just 14 minutes. Among the 1,012 dead were 279 women and 134 children. Amazingly, one survivor was a fireman who had already survived the sinking of the Titanic.
6. The General Slocum Paddle Steamer General Slocum was chartered on June 15 1904, setting off in the morning with 1,300 passengers. A fire broke out soon after departure, but Captain Van Schaick did not find out about it soon enough. No maintenance had been done on the ship's safety equipment. Fire hoses fell apart and lifeboats were tied up and out of reach. Life preservers, manufactured in 1891 and hung above the deck, unprotected from the elements for thirteen years, proved useless and fell apart in the passengers' hands. Most on board were women and children who could not swim; even victims who did not don the worthless life preservers found that their heavy wool clothing weighed them down in the water. The captain decided to continue his course rather than run the ship aground or stop at a nearby landing, unaware that, by going into headwinds, he actually fanned the fire. Inflammable paint also helped the fire to spread out of control. Some passengers jumped into the river, but many died being mauled by the still-turning paddles as they attempted to escape into the water or over the sides. By the time the ailing ship was beached just off the Bronx shoreline, an estimated 1,021 people had been killed by fire or drowning, with only 321 surviving the horror.
5. RMS Titanic 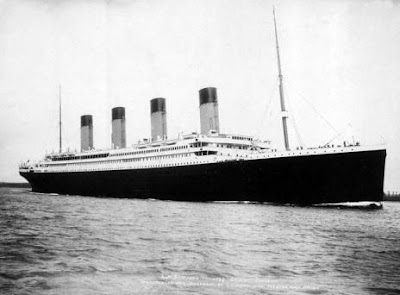 The most famous wreck in history, and the most romanticised, the White Star Line's flagship Titanic was the largest passenger steamship in the world when launched from Belfast in 1912. On the night of 14 April that year, on her maiden voyage, she struck an iceberg and sank after two hours and 40 minutes. A final tally of 1,517 dead made it one of the worst ever maritime disasters, and one of the most notorious, in part because her owners had advertised the glamorous vessel as being "designed to be unsinkable". The public fascination which followed the sinking has never really abated.
4. MV Doña Paz 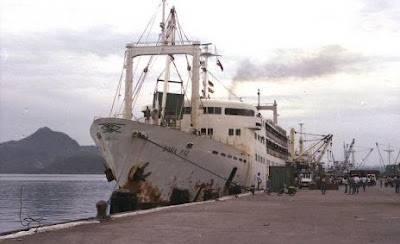 After colliding with an oil tanker in December 1987, this passenger ferry quickly sank while en route to Manila from Samar Island in the Philippines. The tanker, Vector, had been carrying thousands of barrels of volatile hydrocarbons, and once these had ignited, killing most on board, the ensuing fire quickly spread to the ferry. The official death toll is put at 1,565 although numerous reports attest to the vessel being seriously overcrowded and suggest the true death toll was 4,375. If so this would make it the world's worst ferry disaster as well as the most lethal peacetime maritime disaster in history.
3. SS Sultana 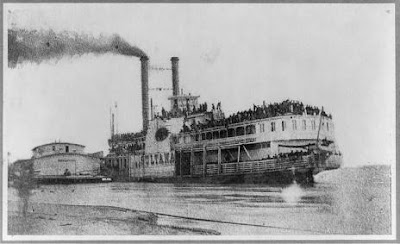 The loss, in April 1865, of the SS Sultana, a classic Mississippi steamer, resulted from an on-board explosion about eight miles north of Memphis, Tennessee. Many of the 1,800 dead were former Civil War soldiers being returned home, but the event was somewhat overshadowed by the recent and shocking assassination of President Lincoln. Despite the resulting fire illuminating the sky for miles around, it received relatively little coverage outside the local area.
2. Halifax Harbour Explosion 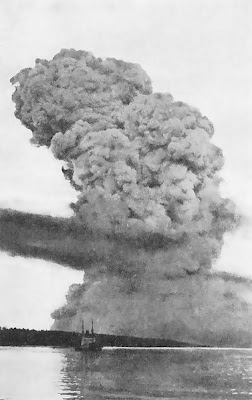 In early December 1917 French cargo ship SS Mont Blanc, fully laden with ammunition, collided with the Norwegian ship SS Imo – causing a massive explosion which devastated the city of Halifax, Nova Scotia. 2,000 people were killed and a further 9,000 injured by fires and flying debris, most of them Canadians. The blast flattened an estimated two square kilometres of buildings along the shoreline while creating an artificial tidal wave (which inflicted further damage on the settlements of Richmond and Dartmouth) and a pressure wave which toppled scores of trees.
1. SS Kiangya 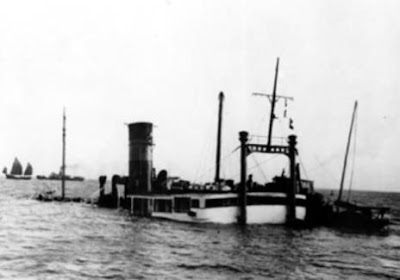 In 1948 this Chinese steamship, carrying up to 5,000 passengers, exploded and sank in the Huangpu River, close to Shanghai. The fatal explosion was almost certainly the result of hitting an Imperial Japanese Naval mine left over from WWII. The exact death toll remains unknown, but is believed to be around 3,900, even though many survivors were pulled from the water. Many of the victims were refugees from the Chinese Civil War. The manifest listed 2,150 passengers – despite an official capacity limit of 1,186 – but she was also carrying several hundred crew and almost certainly stowaways too.
These were undoubtedly terrible tragedies, thousands of lives lost to the merciless oceans as ships came to grief. Yet just because one shipwreck achieves notoriety, it does not mean that it is the worst ever recorded, more that the immediacy of the event makes it so memorable. The sea is indeed a harsh mistress and I hope never to have first-hand experience of just how cruel it can be.