Do It Yourself Coil Gun

Daniel Eindhoven is talented designer who created this cool coil gun. It took around 40 hours to finish this outstanding job. It weights 5 Kg and, capable of delivering over 18J kinetic energy, and speeds up to 110km/h . This weird coil gun has laser pointer for easy aiming and it costs around 100 Euros.It needs 8 seconds to fire a projectile if is connected to power source or 90 seconds with batteries. It is really impressive, I’m not a gun lover but this one is really made with creativity. You may also would like to check this Swiss mini gun, the smallest gun in the world. A coilgun, as the name implies, consists of a coil of wire – an electromagnet – with a ferromagnetic projectile placed at one of its ends. Effectively a coilgun is a solenoid: an electromagnetic coil with the function of drawing a ferromagnetic object through its center. A large current is pulsed through the coil of wire and a strong magnetic field forms, pulling the projectile to the center of the coil. When the projectile nears this point the electromagnet is switched off and the next electromagnet can be switched on, progressively accelerating the projectile down successive stages. In common coilgun designs the “barrel” of the gun is made up of a track that the projectile rides on, with the driver electromagnetic coils around the track. Power is supplied to the electromagnet from some sort of fast discharge storage device, typically a battery or high-capacity high voltage capacitors designed for fast energy discharge. A diode is used to protect polarity sensitive capacitors (such as electrolytics) from damage due to inverse polarity of the current after the discharge. 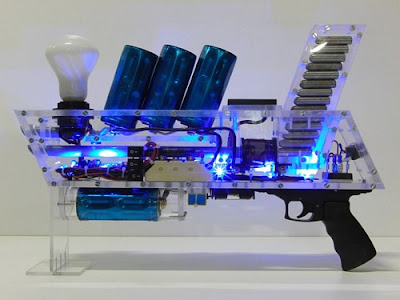 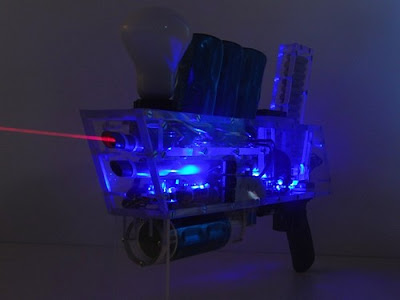 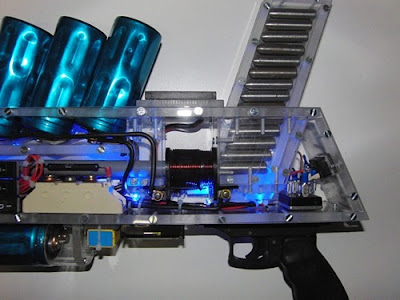 There are two main types or setups of a coilgun, single stage and multistage. A single stage coilgun uses just one electromagnet to propel a ferromagnetic projectile. A multistage coilgun uses multiple electromagnets in succession to progressively increase the speed of the projectile. Many hobbyists use low-cost rudimentary designs to experiment with coilguns, for example using photoflash capacitors from a disposable camera, or a capacitor from a standard cathode-ray tube television as the energy source, and a low inductance coil to propel the projectile forward. A superconductor coilgun called a quench gun could be created by successively quenching a line of adjacent coaxial superconducting electromagnetic coils forming a gun barrel, generating a wave of magnetic field gradient traveling at any desired speed. A traveling superconducting coil might be made to ride this wave like a surfboard. The device would be a mass driver or linear synchronous motor with the propulsion energy stored directly in the drive coils. 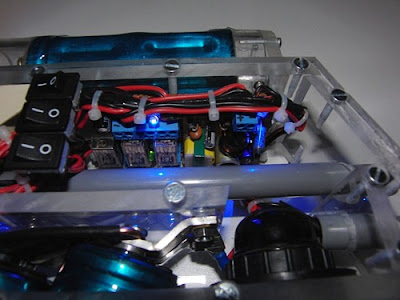 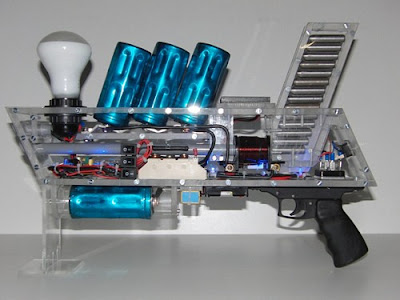 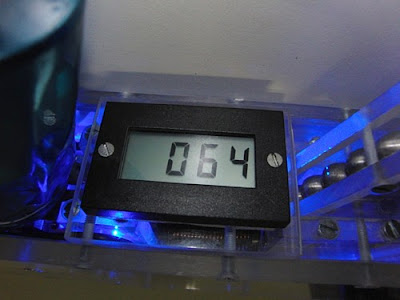 One main obstacle in coilgun design is switching the power through the coils. There are several main options — the simplest (and probably least effective) is the spark gap, which releases the stored energy through the coil when the voltage reaches a certain threshold. A better option is to use solid-state switches; these include IGBTs or power MOSFETs (which can be switched off mid-pulse) and SCRs (which release all stored energy before turning off). A quick-and-dirty method for switching, especially for those using a flash camera for the main components, is to use the flash tube itself as a switch. By wiring it in series with the coil, it can silently and non-destructively (assuming that the energy in the capacitor is kept below the tube’s safe operating limits) allow a large amount of current to pass through to the coil. Like any flash tube, ionizing the gas in the tube with a high voltage triggers it. However, a large amount of the energy will be dissipated as heat and light, and, due to the tube being a spark gap, the tube will stop conducting once the voltage across it drops sufficiently, leaving some charge remaining on the capacitor. 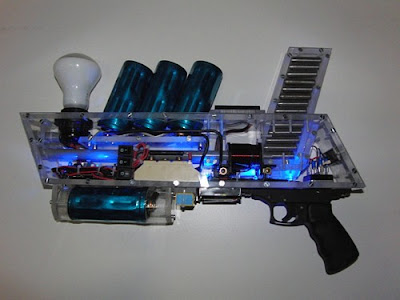 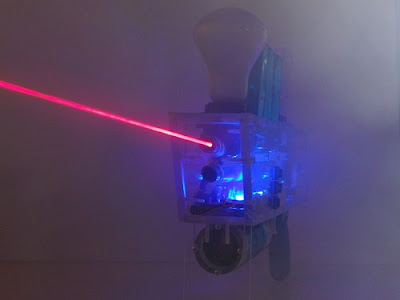 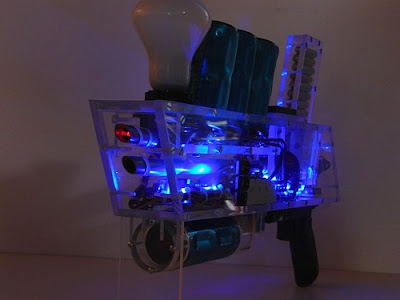 The coil gun first appeared in literature as the “electric gun” in the 1897 science fiction novel A Trip to Venus by John Munro. The novel described in detail a way to launch vehicles into outer space from the Earth’s surface. In the novel, Munro describes in great detail multiple coils fired in sequence by solenoids timed to achieve acceleration without generating g forces that would harm passengers. The gun could be angled on a hillside if desired.